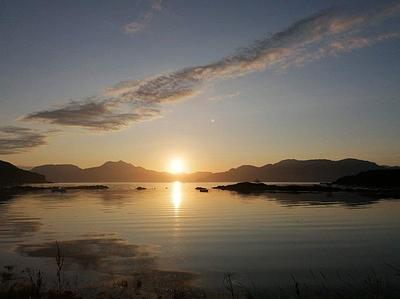 A’ Ghrian a’ Dannsa – Will you watch the sun dance? 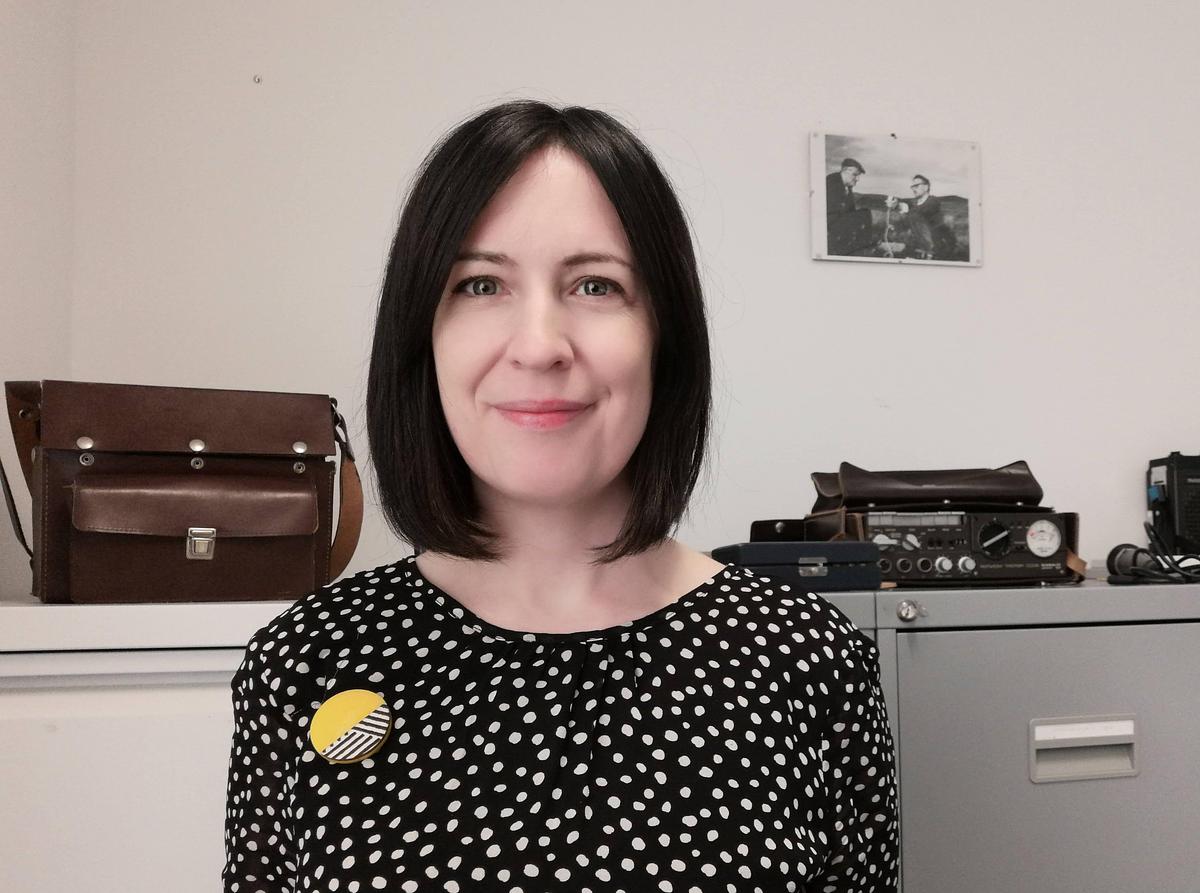 This article, first published in the West Highland Free Press, was written by Tobar an Dualchais Director, Floraidh Forrest.

Early one Easter Sunday when I was about eight, my father came into the bedroom I shared with my sister and said: “Èirichibh, feuch am faic sibh a’ ghrian a’ dannsa!” – ‘Get up and see the sun dancing!’ As I sleepily got out of bed and tried looking at the sun as it rose over Beinn a’ Mhuilinn, it did appear to be dancing as I blinked to adjust my focus, the colours burning into my vision!

Easter is probably my favourite time of year. As we come out of the dark winter months the dawn chorus returns, lambs are born and flowers begin to blossom. Being brought up on the predominantly Catholic island of South Uist I also associate it with the returning of chocolate to the kitchen cupboard after the long period of Lent!

I’m extremely fortunate now to hold the position of Director of Tobar an Dualchais, the online resource dedicated to the presentation and promotion of Scotland’s oral heritage. As many will already know, it includes songs, stories, music, customs and beliefs that were collected from across Scotland from the 1930s onwards. And at special times of the year, like now, it’s fascinating to explore how these occasions were once celebrated in our island communities.

But before getting on to Easter, let’s go back to Shrove Tuesday, or Dimàirt Inid as it’s known in Gaelic, the day before Lent begins. There is a wonderful recording of Nan MacKinnon of Vatersay, talking about how people would kill a hen or a cockerel for their big meal – an extravagance before the abstinence of Lent. This particular year, however, Nan’s great-grandmother had nothing special to cook. But as luck would have it, a pigeon walked right into her kitchen. She quickly grabbed it, wrung its neck and prepared it for the ‘Inid’ feast. People were certainly resourceful in those days! (37008)

Come Easter Sunday and according to Angus MacLellan of Frobost, South Uist, ham was the meal of choice. In his telling of the story ‘How the sea turned salty’ he tells John Lorne Campbell how a man was sent by his wife to fetch a ham for their Easter Sunday meal. He managed to buy the last one in the shop. Whilst returning home however he ran into a fairy who offered to swap the ham for a magic mill that could make anything his heart desired. He swapped the ham, got the mill and used to it to make many more hams which he sold to people in the village. As with most stories involving fairies, it doesn’t end particularly well and the mill ended up with a ship’s captain who started making salt. Unfortunately he couldn’t get it to stop and the ship and mill sank to the bottom of the sea where the mill continues to churn out salt to this day! (20932)

Another contributor, Mrs Campbell, also from South Uist but living in Taynult at the time of recording, tells Calum Iain MacLean how in her youth she would be sent out on Palm Sunday to collect eggs from the lochs and heather:

She then recalls that these eggs were later taken up to the hill for rolling on Easter Sunday. (36045)

There are many recordings on Tobar an Dualchais relating to eggs being painted and rolled at Easter time. But one I particularly enjoy is of Donald John Macdonald of Ballantrushal, Lewis, telling Dr John MacInnes how they would compete to see how many eggs a person could eat and how they were all amazed “[gun do] dh’ ith Iain Mòr ochd-deug” – ‘that Big Iain ate eighteen’! (57801)

It appears that the idea of an egg eating competition travelled across the Atlantic with the Highlanders who emigrated to Canada. Lachlan MacKay, who was born and brought up in a Gaelic speaking household in Saskatchewan, recalls how people there would colour and paint eggs and compete to see how many eggs one person could eat. (74251)

As a final recording in this Easter round-up, I’d like to finish with Fr Calum MacLellan who captured the spirit of the day well when he celebrated mass in Barra in 1986 for BBC Radio nan Gàidheal’s, ‘Dèanamaid Adhradh’ programme. Tobar an Dualchais has several recordings of church services on its website which may be of particular interest to those readers who are missing the usual services at this time of year. In this Easter Sunday mass, Fr Calum begins by proclaiming:

He goes on to tell the congregation how, when he was young, all the children on the Island (I presume Eriskay, where he was brought up) would climb to the top of the hill to watch the sun dancing as it rose. The service includes some beautiful Gaelic singing from the Barra children. The practice of climbing a hill on Easter Sunday morning to watch the sun rise in celebration of the resurrection of Christ is very old and was once familiar across Europe. Like so many other traditions preserved in Tobar an Dualchais, it simply lasted longer in the Islands than in other places.

The idea of the sun dancing is a magical one and has stayed with me since that morning when I was woken by my father. It is these little bursts of magic – whether experienced for the first time or remembered later in life - that can help push us through the cold, final days of winter and into the better, longer and warmer days ahead. Let’s hope for clear skies this Sunday morning!