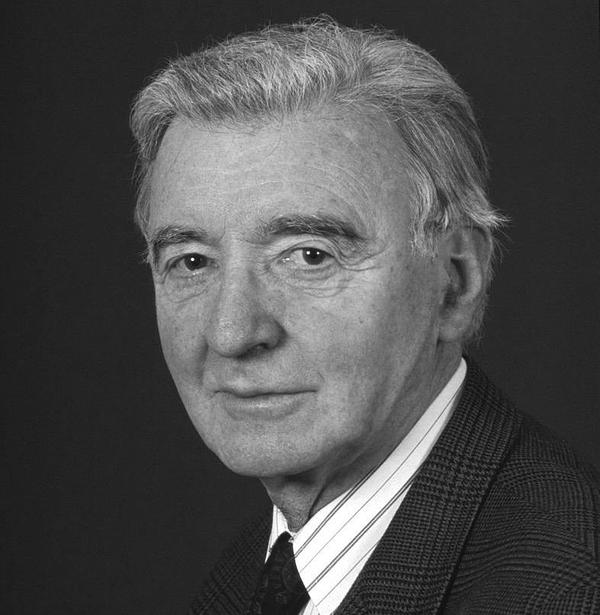 Dr John MacInnes (Iain mac Ruairidh mhic Iain mhic Nèill) was one of the most prominent figures of Gaelic scholarship the late 20th and early 21st century. Famously described by the Rev. William Matheson as the 'last of the native scholars', MacInnes carried out his work with an inherent understanding of the Gaelic world and of the Gaels from which he recorded hours of song, story and history. He leaves an unparalleled legacy of scholarship, including many hours of field recordings, which Tobar an Dualchais is privileged to host.

MacInnes was born on 3 April 1930 in Uig, Lewis. His father, Ruairidh MacInnes (Ruairidh mac Iain mhic Nèill mhic Mhaol Mhoire), was a Church of Scotland minister with roots in Morvern and in Skye, and his mother Morag (Mòrag Alasdair 'ic Mhurchaidh) was a MacAskill who grew up in Claddach Kirkebost in North Uist. Both were native Gaelic speakers who were committed to using Gaelic at home. When John was eight years old, the MacInnes family moved to the Isle of Raasay, where John's father had been appointed as minister. The landscape of Raasay was to have a great influence on MacInnes, who recalled the particular influence of the forests there. It was also while living in Raasay that he became acquainted with his father's side of the family in Skye, a good few of whom were Gaelic musicians, singers and tradition bearers, which no doubt nurtured MacInnes' early interest in his native culture.

Similar to many other islanders at the time, MacInnes was required to move to Portree to receive his secondary education, where he boarded during term time. He excelled in his schooling there, gaining a number of Highers including Latin and Greek, but he emphasised in a number of interviews the dominance of English in the school, including in the dorms. He credited a Mrs Beaton, the owner of the house where his sister was boarding, for keeping his Gaelic going during his school days, her being one of few people - his sister excepted - with whom he had the opportunity to speak Gaelic.

When he was around sixteen, MacInnes began taking an interest in traditional Gaelic song. In Portree, the cultural offerings in his native language had been few and far between, and when there were concerts featuring Gaelic song, they were inevitably presented in a more classical style, rather than what MacInnes had heard growing up. As a teenager he began to visit his father's relatives in Skye, who were well known locally as tradition bearers, and it was these uncles, born in the middle of the 19th century, who first ignited his love for traditional Gaelic song.

In 1948, MacInnes left Portree for the University of Edinburgh, where he studied English Literature and Philosophy. He was highly successful in his studies there, being awarded his MA in 1953 and winning the Gatty Scholarship, which allowed him to undertake postgraduate study in any aspect of Anglo-Saxon or Germanic languages.

After having completed national service in 1957, MacInnes returned to Edinburgh, where he began to work for the School of Scottish Studies in 1958, initially on a part-time basis while teaching Old and Middle English at the university. In 1959, he was promoted to the post of Junior Research Fellow at the School, and he was to remain at 29 George Square until his retirement as a Senior Lecturer in 1993.

The fieldwork of Dr John MacInnes featured on Tobar an Dualchais covers a vast area of the Gàidhealtachd and reflects MacInnes' desire to visit areas where Gaelic was only spoken by the older generation, such as Sutherland and Perthshire. MacInnes' fieldwork is a diversity of material, from song and story to local history and placenames - the recordings are truly a mine of local knowledge and tradition in the Gàidhealtachd. The majority of MacInnes' tracks on the Tobar an Dualchais website date from between 1950 and 1970, which aligns with the most active collecting period of the School of Scottish Studies.