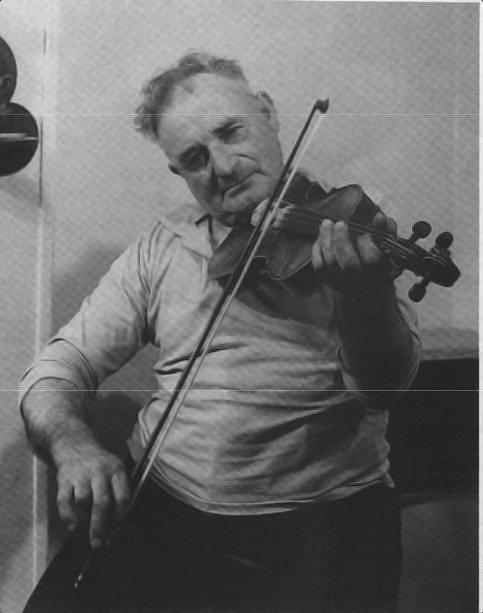 Gilbert, or Gibbie, Gray was born in 1909 in Norwick, Unst and was a well-known fiddler. Having a croft that was too small to support his needs, he spend most of his life at sea. He starting fishing for halibut in fourereens when he was fourteen, before joining the Merchant Navy and travelling the world. He lost his most prized fiddle when he was torpedoed while serving on HMS The Highlander during World War II. After the war he worked in England for several years before returning to fishing in Shetland. He worked until his retirement as a gardener at the RAF camp in Unst.

He was recorded extensively on the fiddle in the 1960s and 1970s by Tom Anderson and Peter R. Cooke. In his book 'The Fiddle Tradition of the Shetland Isles', Peter R. Cooke features Gilbert's fiddle music as a prominent example of the Unst fiddle tradition.