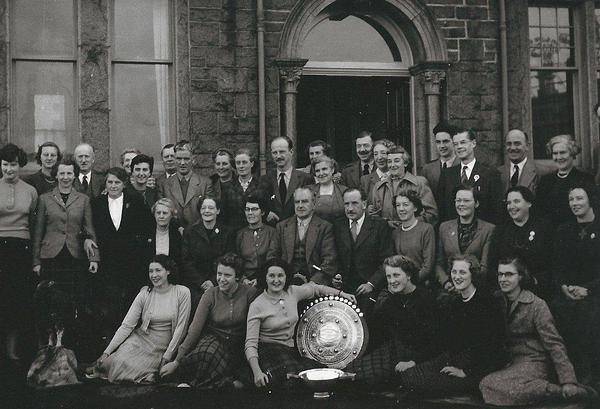 In addition to the many individual contributors on our website, we also have recordings of many Gaelic choirs – especially in the BBC collection, which features recordings from the Royal National Mòd from the 1950s onwards. Among the choirs who are new to our website is Còisir Lunnainn – the London Gaelic Choir – who were recorded at the 1977 Mòd in Sutherland.

Established in 1891, Còisir Lunnainn (as it is known today) is amongst the oldest Gaelic choirs in the world. The choir was founded following a revival of interest in Gaelic culture in London which started in the 1880s. The Gaelic Society of London organised Gaelic language classes in the city at the time, and in 1889 held the first ever all-Gaelic concert in the city. The success of this concert provided the inspiration for a movement to establish a Gaelic choir in the city – an ambition which was to be realised two years later in 1891.

In its initial year, the choir won much acclaim following a number of successful all-Gaelic concerts in some famous London concert halls. In 1925, the choir took part in its first National Mòd in Greenock. Throughout the 1920s and 1930s, the choir became rather successful, often winning competitions at the Mòd for both singing, and for competency in Gaelic itself.

After the Second World War, the choir continued to take part in the National Mòd as well as the local London Mòd. More recently, there has been a revival of sorts in the choir, having in 2019 performed at their first Mòd in ten years, due to their not having enough singers. The choir meets weekly in Crown Court Church of Scotland near Covent Garden.