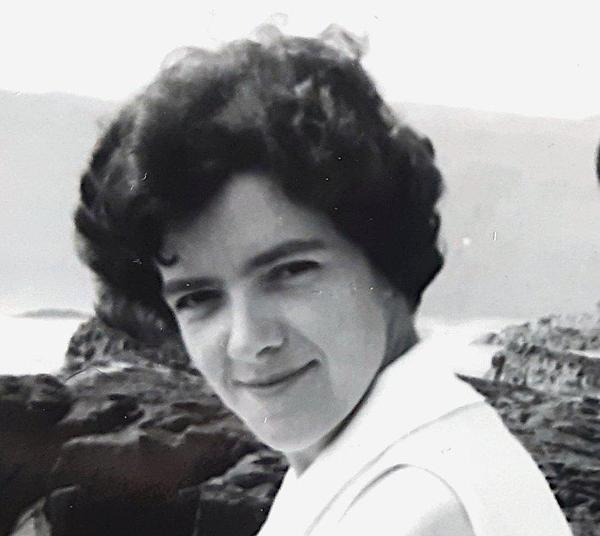 For the first twenty years of its existence, the School of Scottish Studies took full advantage of its wide network of fieldworkers, supporting and enabling recordings of the folklore, history, and ways of life of hundreds of Scots across the width and breadth of Scotland, from Selkirk to Shetland. It was, however, by no means immune from the social context in which it was operating, and this was particularly evident in the disproportionate number of men and women involved on both sides of the fieldworker/contributor divide, and this is reflected in the Tobar an Dualchais collection, with men outnumbering women by almost two-to-one. It goes without saying, however, that many women are among the most prolific and important fieldworkers and contributors in the collection, and Morag MacLeod (Mòrag Choinnich Iain) is firmly among the most influential fieldworkers and academics in Scottish Studies of the late 20th and early 21st century.

Morag MacLeod was born in 1936 in Scalpay into a strong Gaelic-speaking community. She received her early schooling at the primary school on the island, before leaving – in the footsteps of many Gaels in the mid-20th century – to receive a secondary education on the mainland at Inverness Royal Academy. She graduated with an MA from the University of Edinburgh in the early 1960s, and joined the School of Scottish Studies thereafter as a text transcriber in 1962. She trained as a teacher at Jordanhill in 1963, before returning to work at the School, where she remained for almost 37 years.

MacLeod has left a significant legacy not only through her fieldwork, but also through her significant contribution to the outreach work of the school. She played a prominent role in the preparation of Gaelic recordings for the Scottish Tradition series of albums released by the Greentrax recording company, and succeeded Dr Alan J. Bruford as the editor of the School of Scottish Studies Archives journal Tocher, which opened the treasure trove of material in the archives to a wider audience, rendering accessible material which – in the pre-internet era – usually required a visit to the Archives at George Square, or a physical copy of the tapes.

After her retiral from the School from the post of Senior Lecturer in the early 2000s, Morag MacLeod returned to Scalpay where she continues to contribute enormously to Gaelic society through various projects. She was a member of the cataloguing team at Tobar an Dualchais who played a key role in cataloguing and summarising the vast amount of recordings in order to make them available online. She is also passionate about sharing her vast knowledge of song in workshops and publications, and she was awarded the Hamish Henderson Award for Services to Traditional Music in 2007 for her contribution to Gaelic song. In September 2017, the traditional music community paid tribute to Morag for her eightieth birthday, organising a concert for her as part of the Blas Festival.

At Tobar an Dualchais we are proud to be able to host over one thousand tracks recorded by Morag MacLeod. The majority of these recordings were made between 1960 and 1980, with around a quarter coming from the Isle of Barra. There are significant numbers from Mull, Lewis, Skye and Harris also. Naturally, there is an emphasis on the recording of song, but there are also hours of valuable information about the contributors' lives and families, and about local customs. MacLeod also recorded fellow fieldworkers, such as Dr Margaret Bennett, and Dr John MacInnes.

MacLeod, Morag, Singers and tradition bearers in Lewis and Harris I have known (Isle of Lewis: Islands Book Trust, 2006)