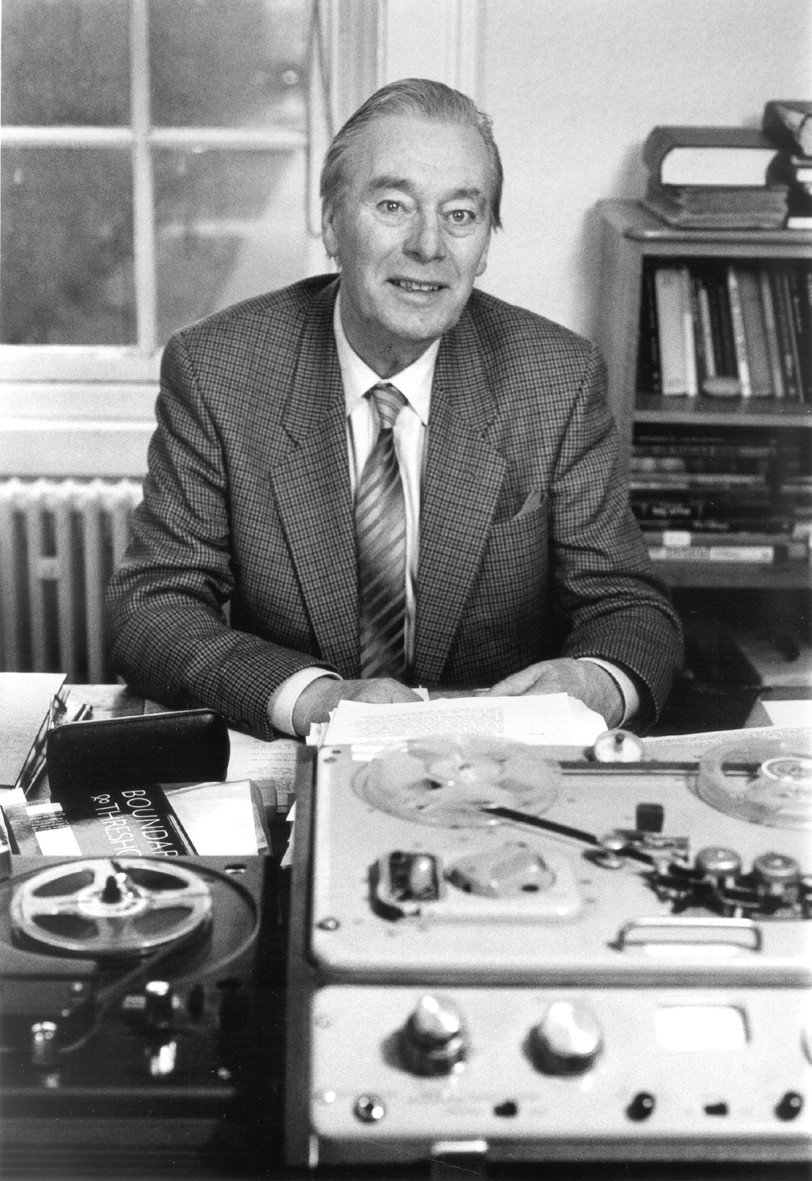 Donald Archie MacDonald (Dòmhnall Eairdsidh Ghearraidh Iain) was born on 8 September 1929 in Sollas, North Uist. A renowned Gaelic scholar and folklorist, he dedicated a lifelong career to the recording of Gaelic story and song, and of Hebridean and Highland life. During his thirty-two years with the School of Scottish Studies, MacDonald carried out fieldwork across the Gàidhealtachd – from Islay in the south, to Lewis in the north, and also in Ross-shire and Sutherland on the mainland. As a legacy he leaves around eight hundred tapes of recordings, many of which we have the privilege of hosting on the Tobar an Dualchais website.

Donald Archie MacDonald grew up in a bilingual household in North Uist. His father was from Uist, his family having been there for two hundred years, and his mother was from Caithness. Growing up in two cultures, the wealth of tradition in his native area was no doubt apparent to him from an early age. He received his initial schooling at Paible School, before leaving Uist to receive a secondary education across the Minch in Portree. He excelled academically in Portree, and in 1948 he won a place at the University of Edinburgh where he took two honours degrees – one in English Language, graduating in 1953, and one in Celtic, graduating in 1955.

Upon graduating from Edinburgh, MacDonald worked in Register House in Edinburgh, then with the National Library of Scotland in the manuscripts section. He joined the School of Scottish Studies in July 1962 as a research fellow and remained an employee of the School for the rest of his career. He was particularly passionate about the oral traditions of Scotland, and in 1966 he established a study archive for oral narrative, which made the archives more accessible to postgraduate students and researchers.

He took great pleasure from his work at the School, and held several positions there, including researcher, lecturer, and eventually Director of the School. Together with Dr Alan Bruford, he established the 'Tocher' journal, which drew on the wealth of recordings in the School of Scottish Studies, transcribing and translating recordings, and making them available to a wider audience. He continued as co-editor of the journal for a number of years. He maintained a strong working partnership with Bruford throughout his career, and in 1994 they published 'Scottish Traditional Tales' together, which was a tribute to their work collecting folklore across Scotland.

On the Tobar an Dualchais website there are currently around 4,500 tracks recorded by Donald Archie MacDonald from a large variety of people with their own unique backgrounds and experiences. The majority of the recordings were carried out between 1960 and 1980, and around half of these are from Barra and South Uist, with a considerable number also coming from MacDonald's native North Uist, Benbecula, Islay, and Skye. The content is incredibly varied, from supernatural stories to waulking songs to information about traditional ways of working the land. There are also recordings which feature discussions about the process of remembering traditional songs and stories in a traditional oral culture.