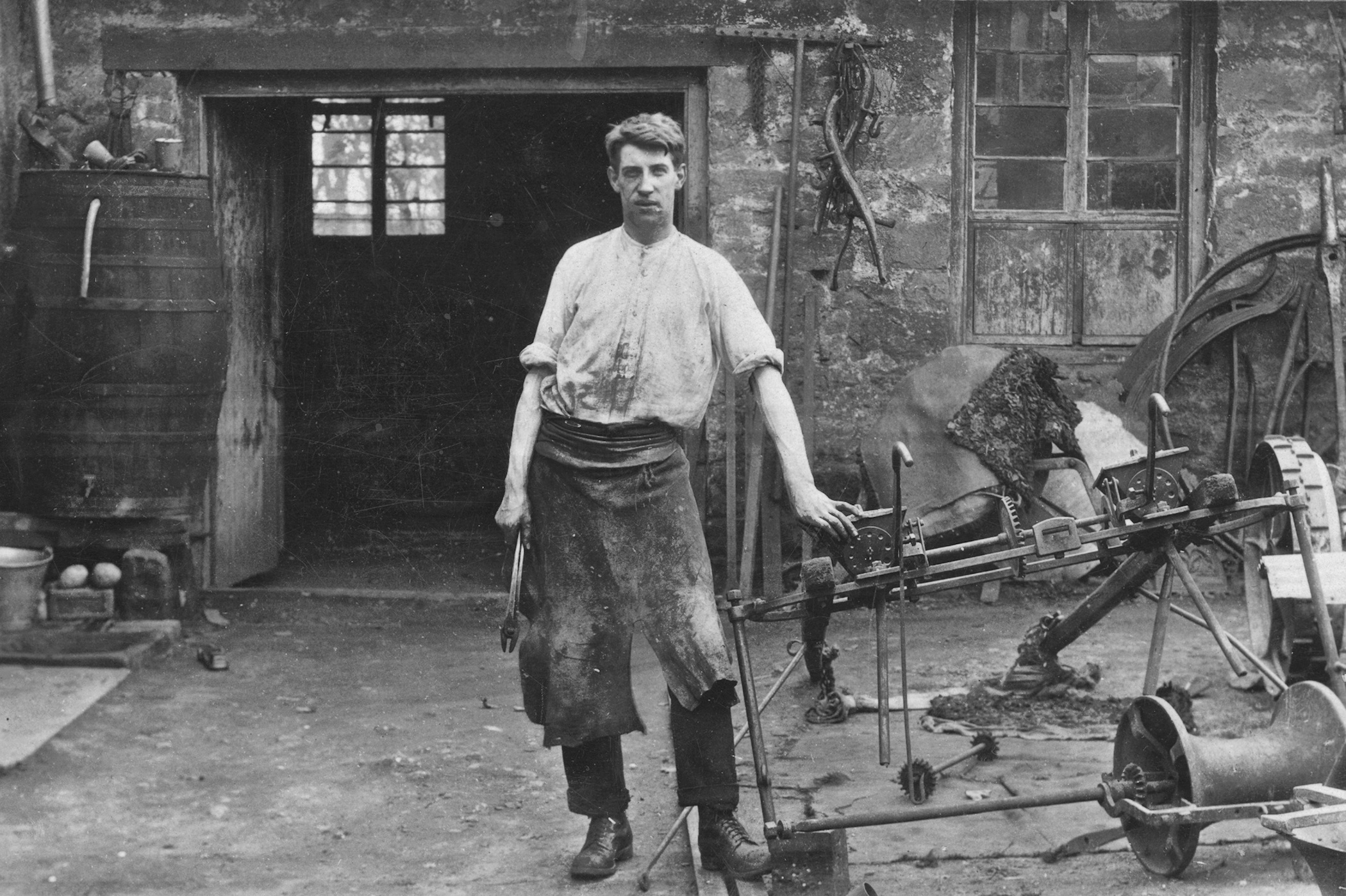 John Hewit was born in 1900 in the village of Heiton, Roxburghshire, where he worked as the village blacksmith - the fourth generation of his family to do so. He married Mary Laidlaw in 1921 and had three children - Robert, Ada, and Ethel. His son Robert (Bob) took over as the blacksmith and farrier in Heiton and was the last generation of the Hewit family to fulfil this role. He features in the book 'The Last Blacksmith' by Ron Hewit (Robert's son), who writes about the family history of the Hewits of Heiton, and their roles as blacksmiths and farriers in the village.

John was a keen birdwatcher, and a lover of the countryside and wildlife in general. He was also very fond of the work of Robert Burns, and played a major role in the Heiton Burns Club, which held very popular annual Burns Suppers in the local village hall. Following his death, the village Burns Club dedicated a bench in the village to his memory.*

John was recorded by Calum Iain MacLean in September 1956. He speaks on a variety of subjects, from his work as a blacksmith, to local anecdotes, local traditions, and nature.

*Many thanks to Ron Hewit, John's grandson, for kindly sharing information about his grandfather's life with us, and for allowing us to share the above photographs of John on this website.