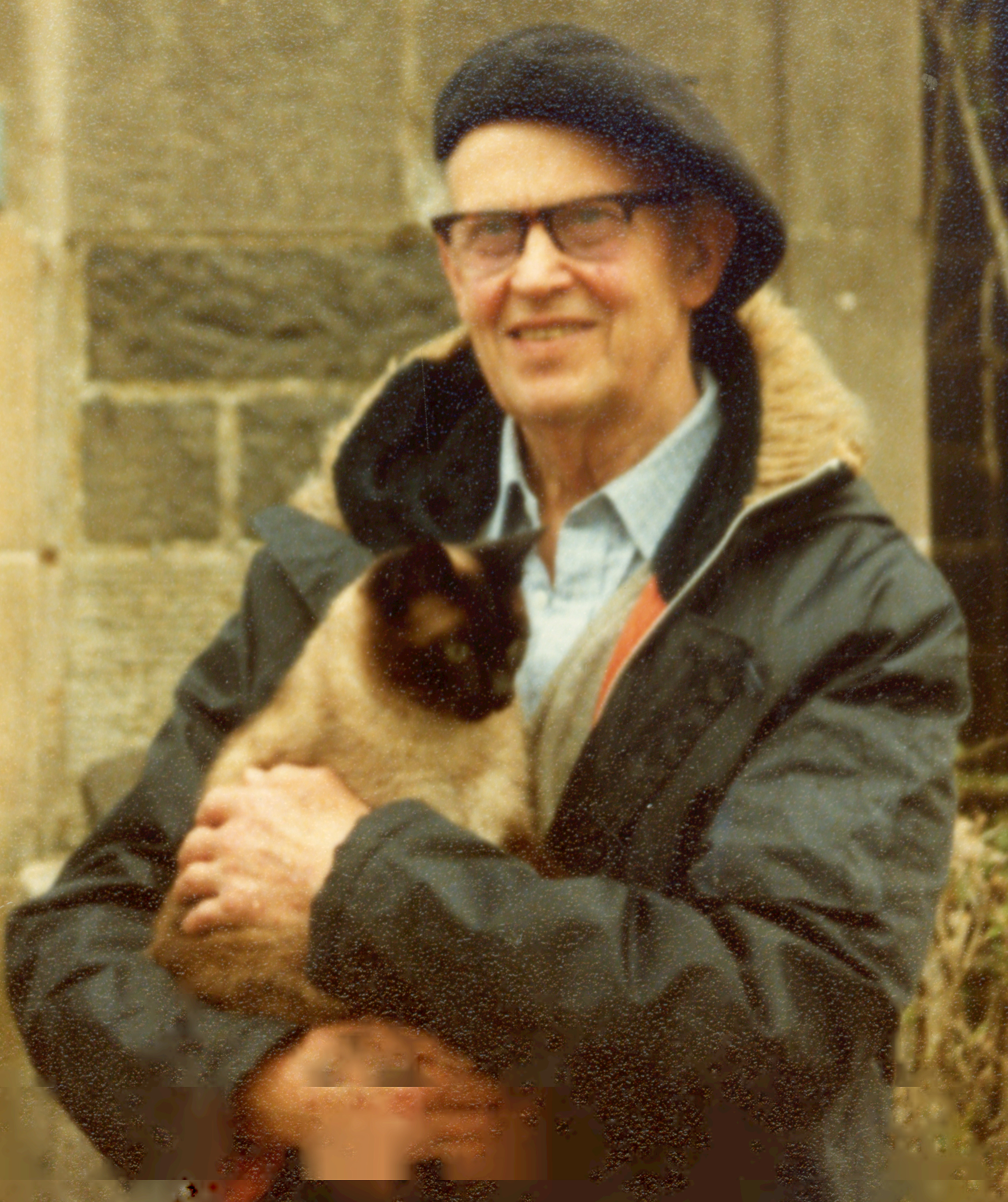 John Lorne Campbell, or Fear Chanaigh (the Laird of Canna) as he is known in Gaelic, is one of the most prolific fieldworkers featured on the Tobar an Dualchais website, and without a doubt one of the most important figures in Gaelic scholarship of the 20th century. A pioneer in the use of modern recording technology in fieldwork, Campbell was a trailblazer for the modern collection of folklore in Gaelic Scotland and was a leading figure in the campaign for the establishment of an institution of folklore collection in Scotland, which led in 1951 to the establishment of the School of Scottish Studies.

Born in 1906 in Edinburgh and raised in Argyll, John Lorne Campbell was the eldest son of Colonel Duncan Campbell of Inverneill on Loch Fyne and of Ethel Waterbury of New Jersey. He was educated at Cargilfield School in Edinburgh, and at Rugby School in Warwickshire, and went on to read Rural Economy and Agriculture at Oxford University under Professor Sir James Scott Watson, graduating in 1929. It was during his time in Oxford that Campbell nurtured a life-long interest in Gaelic, forming a Gaelic society with fellow students, and taking Gaelic lessons from Professor John Fraser – a Gael from Glen Urquhart and the then Jesus Professor of Celtic. With assistance and encouragement from Professor Fraser, Campbell published research on Gaelic song of the Forty-five Rebellion in 'Òrain Ghàidhealach mu Bhliadhna Theàrlaich' in February 1933.

In August of the same year, an invitation from writer Compton MacKenzie, and a chance encounter with the local County Councillor John MacPherson (The Coddy) on a bus in Inverness, led John Lorne Campbell to the Isle of Barra, where he would study colloquial Gaelic and crofting conditions on the island. Campbell's stay in Barra was to be the start of a lifetime of work recording, researching, and championing Gaelic language, culture and society. It was also to lead him to meet his life-long partner Margaret Fay Shaw, an American from Pennsylvania who was living in South Uist at the time, collecting songs and photographing local life and traditions. As well as being husband and wife, they formed together a creative partnership of the highest calibre – Shaw being the musical talent, and Campbell the literary one.

Initially, Campbell recorded the songs he heard in Barra on paper, but he was aware that this was not the most efficient method of recording. He then starting using the Ediphone Wax Cyclinder Recorder, before moving onto the Presto Disc Recorder and then the Webster Wire Recorder, before switching to tape recording. His use of this technology in the recording of Gaelic oral culture was groundbreaking and was carried out amidst scepticism from academic circles, who – in Campbell's opinion – believed the field of folklore collection to have been exhausted by 19th-century collectors.

In the late 1930s Campbell and Shaw bought the Isle of Canna, residing in Canna House, and farming the estate. In the words of William Gilles, Margaret and John Lorne 'made Canna House a centre of scholarship and scientific observation, music, hospitality and community leadership for well over half a century'. In 1981, the ownership of Canna was passed to the National Trust, with whom it remains today. With the passing of John Lorne Campbell in 1996 and Margaret Fay Shaw in 2004, their life's work also passed into the stewardship of the National Trust, and The Canna Collection, which is the source of many recordings of John Lorne Campbell and Margaret Fay Shaw on the Tobar an Dualchais website, contains a wealth of photographs, research papers, film and recordings from the course of the Campbells' lives.

As of 2021, John Lorne Campbell's recordings are the earliest featured on the Tobar an Dualchais website, with Anna MacDougall (Anna Raghnaill Eachainn) (1875-1949) of Glen in Barra being recorded in July 1937. Of almost 2,000 tracks on the website, more than half of these were recorded in South Uist, with a quarter being recorded in Barra, and a substantial amount in Benbecula and North Uist. There are also a small number of recordings from Cape Breton, Canada, where Campbell carried out fieldwork in 1937 – the first to do so with recording technology in a Canadian Gaelic community.