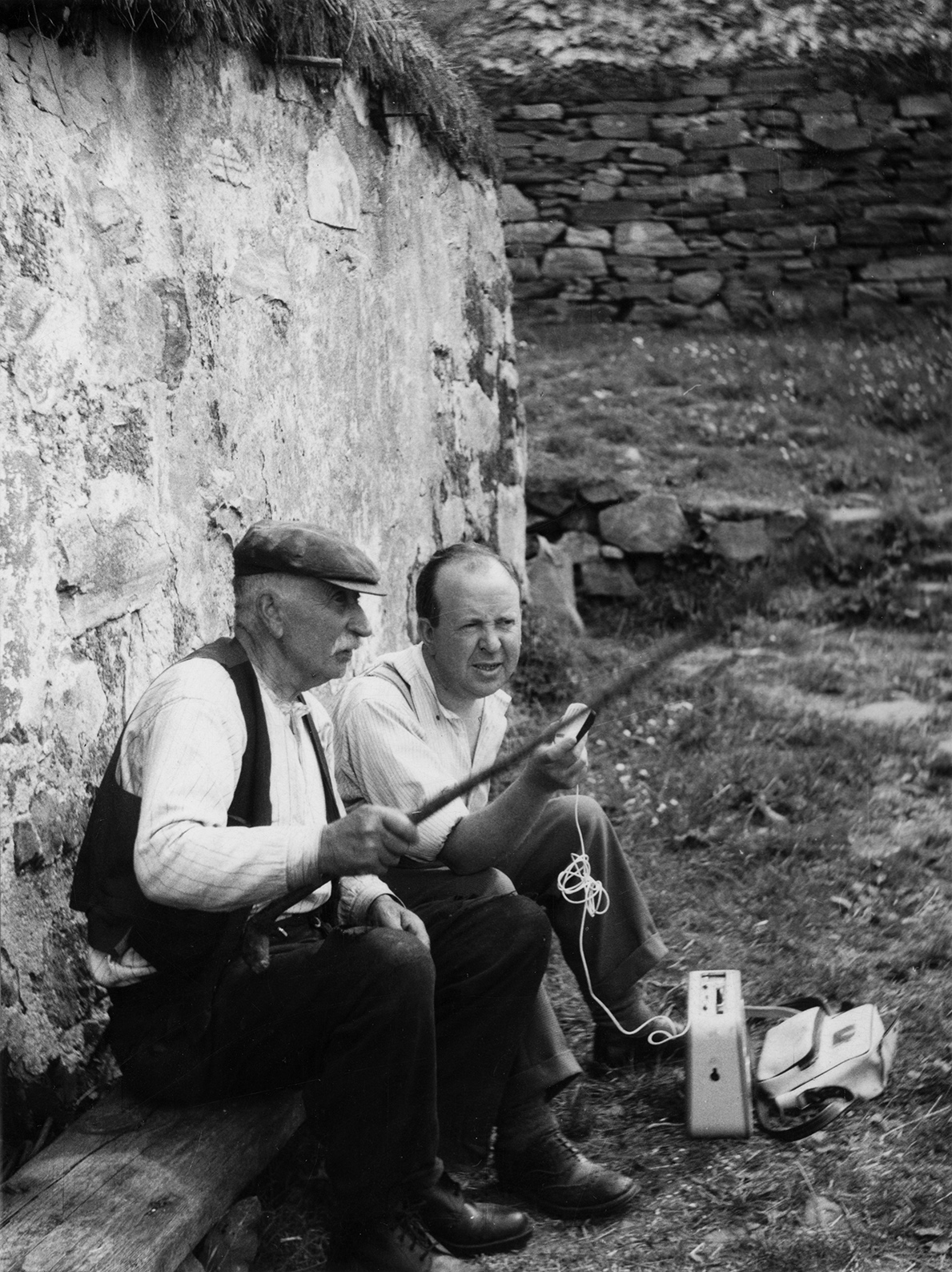 One of the pioneering fieldworkers of the School of Scottish Studies, there are few others who can parallel Calum Iain Maclean in terms of his contribution to the field of Scottish Studies and to the preservation of a culture and way of life which has changed dramatically in the 70 years since he began recording the songs, stories and traditions of the Highlands on New Year's Day 1951. In his nine years collecting on behalf of the School in Scotland, Maclean carried out hundreds of recordings, which was said to amount to around one hundred miles of tape. Particularly aware of the situation on the ground, however, Maclean constantly stressed that more fieldwork was necessary, and he would make it his life's work to record the folklore and way of life of the Highlands.

Born in Raasay on the 6th of September 1915, Calum Iain was the third son of the tailor Malcolm Maclean (1880-1951) and Christina Nicolson (1886-1974). Calum Iain was not alone in his scholarly achievements – his younger brother Sorley was one of the most prominent Gaelic poets and scholars of the 20th century, and among his other siblings there were two doctors and two teachers. Maclean started his schooling in Raasay and then progressed to Portree Secondary School in Skye. He then went on to read the Celtic Languages at the University of Edinburgh, where – under the tutelage of Professors William J. Watson and James Carmichael Watson – he graduated with First Class Honours in 1939. Following his graduation he secured scholarships to study Irish in Ireland, but following the outbreak of the Second World War these came to an abrupt end.

Maclean remained in Ireland during the war, where he spent a large part of his time in Indreabhán in Connemara, collecting folklore on a part-time basis for the Irish Folklore Commission. In 1945 he secured a permanent role at the Irish Folklore Commission, and in 1946 he was sent to Scotland to collect material in Scottish Gaelic, due to the absence of a Folklore Commission in Scotland. He was to spend the next five years working for the Commission in Scotland, before transferring to the newly established School of Scottish Studies in 1951. His warm and open personality were often said to be a key factor in his success when carrying out fieldwork, as noted by Seán Ó Súilleabhain in 1975:

"...above all else, his personality qualities stood him in good stead and opened all doors and heart to him in his homeland, as in Ireland. He had kindness, generosity, open-heartedness, candour and firmness of opinion he was good-humoured and light of heart. He was unselfishly devoted to task. He loved country people best of all perhaps, and his ability to sing or lilt or play music or tell stories ensured that he was quickly accepted into the company of strangers."

Calum Iain's career came to a premature end following his untimely death in South Uist at the age of 44 in August 1960. His legacy, however, lives on, and his recordings continue to provide a remarkable insight into Gaelic culture and into a way of life which has all but disappeared in the past sixty years. From stories about the shielings to tales of the Fianna, his recordings are rich and varied and were recorded from people of all walks of life.

The Tobar an Dualchais website is a treasure trove of Calum Iain's work. He features in almost 4,000 tracks, with around a quarter of these coming from South Uist. The remainder of his tracks were recorded in the rest of the Highlands and Islands, and also in the Borders and Shetland. Among those recorded are Kate MacDonald (Bean Eairdsidh Raghnaill) of Garryhallie, South Uist, Duncan MacDonald (Donnchadh mac Dhòmhnaill 'ic Dhonnchaidh) of Peninerine, South Uist, Angus MacMillan (Aonghas Barrach) of Griminish, Benbecula, John MacDonald (Am Bàrd) of Highbridge, Lochaber, and John Hewit of Heiton, Roxburghshire.