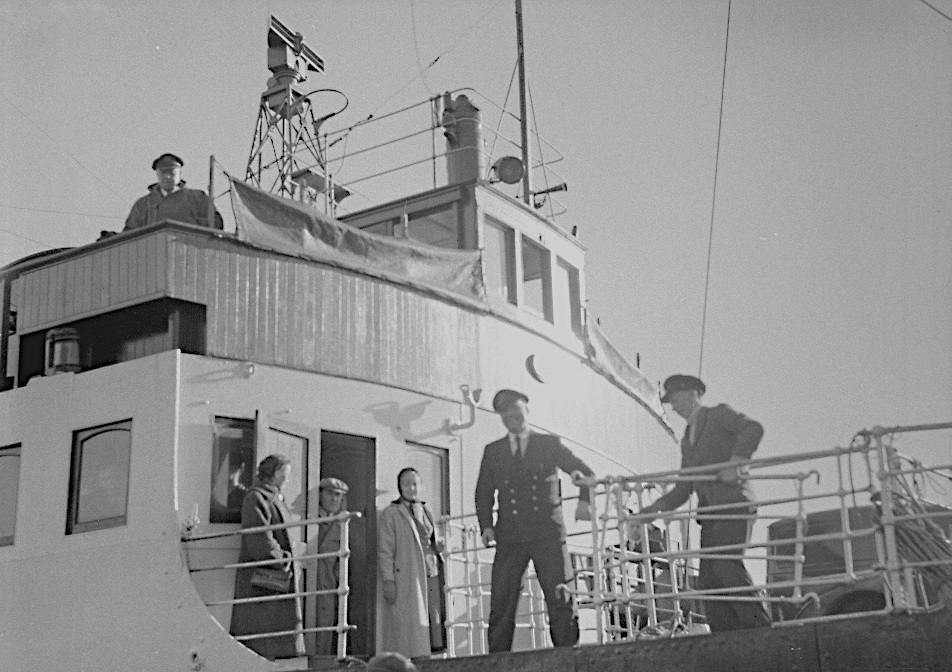 Donald Joseph MacKinnon was born in Bruernish, Barra and was affectionately known as An Eòsag (Little Joseph). His father, Ruairidh Iain Bhàin [Person ID: 5295] was a talented Gaelic singer and Donald Joseph learnt many songs from him.

Donald Joseph served aboard RMS King George V at Dunkirk during World War II and was awarded the Distinguished Service Medal for bravery. He later worked in the Merchant Navy and his last post was as Captain on the Lochmor, a MacBrayne’s steamer. He married Neilina MacPherson from Griminish in Benbecula and they had four children. The family home was in Lochboisdale, South Uist.

Donald Joseph had a wonderful singing voice and he was recorded on various occasions by both John Lorne Campbell and the School on Scottish Studies. There are almost 200 recordings of him on the Tobar an Dualchais website. The earliest recordings were made by Campbell in 1947. The School recorded him at different times between 1951 and 1961. Most of the recordings consist of songs.