In March’s Tobar an Dualchais column we looked at what Gaelic proverbs could teach us about dùthchas, a Gaelic concept encompassing notions of kinship, ancestry, inheritance, and attachment to place.

But there is another proverb about dùthchas which deserves its own article:

Women and priests [or ministers] have no birth-tie.

Why was there a proverb which refused dùthchas to all women (as well as members of the clergy)?

Does it make any sense in today’s Gàidhealtachd?

The proverb was explained in 1785 by Perthshire clergyman and proverb collector Donald Macintosh to mean: ‘The woman that marries takes her husband’s settlement, the priest’s must be where the Church bids.’

North Uist folklorist and lawyer Maighread Callan has looked at this proverb, noting that it reflects the fact that in the Gàidhealtachd, married women were often referred to as the bean or wife of so-and-so, as opposed to being identified by their father’s sloinneadh or traditional patronymic. This implies a strong link between sloinneadh and dùthchas.

She adds that when a woman moved to her husband’s township, her family patronymic would likely be unrecognisable there, further necessitating the adoption of a new identity.

Conventionally, a sloinneadh identifies a person with their father and paternal line of male ancestors – Eilidh Sheonaidh mhic Alasdair, ‘Eilidh daughter of Seonaidh son of Alasdair’, for example.

Not all households were ‘conventional’, though, and there have always been people identified by their mother’s name, usually due to the absence of a father figure.

Social attitudes towards illegitimate children are a complex subject in the Gàidhealtachd as elsewhere, and there may sometimes have been shame implicit in a mother appearing in one’s sloinneadh.

But a South Uist story tells of how a MacMhuirich, hereditary bard to the MacDonalds of Clanranald, recognised his illegitimate daughter by her poetic skill (TAD ID: 38416), a skill reckoned to have been passed down through one’s dùthchas.

How does this story fit in with the proverb? If dùthchas is characterised by plurality and complexity, was there ever a time that women did not have it?

Who better to consult than the bana-bhàird or women bards of yore.

In 1775 the Perthshire bard Mairearad Ghrìogarach described her poetic skill as the dùthchas she got from her seanair.

About a century later, in 1888, Màiri Mhòr nan Òran had no qualms about calling her native Skye ‘tìr mo dhùthchais’.

In a song from around 1885, Màiri Mhòr sung that the wife of the late Farquhar MacRae, who was herself of the MacKenzies of Applecross, had a ‘còir thaobh dùthchais’ or ancestral birthright to their land in Stromeferry, perhaps reinforcing the widow’s claim.

Does the historical record hold more clues about women and dùthchas as land? Historian David Taylor noticed that in Badenoch, between 1750-1800, women frequently appeared as ‘tacksmen’ of their family dùthchas, though these were usually widows managing the land until a son came of age.

There were at least two tackswomen during this period who were single, but they had to fight in a court of law to be recognised as such. Elizabeth Grant of Rothiemurchus (1797 – 1885) frequently referred to her family lands as ‘our beloved duchus’ in her autobiography, but it was her brother who inherited this land – and squandered it away.

Due to their traditional association with childcare duties, women have been the primary transmitters of culture and language in the Gàidhealtachd since time immemorial.

History books have tended to focus on male bards or on where the allegiances of clan chiefs lay rather than women’s immense contribution to furthering Gaelic.

But the music and storytelling of nurses and bana-bhàird filled the ears of the chiefs’ children during their formative years.

Take Màiri nighean Alasdair Ruaidh, bard to the MacLeods of Dunvegan, for example. She introduced her people’s expectations of what their chief should be like in her song An Crònan and then instructed the chief: ‘lean-sa is na trèig / cleachdadh is beus / t’aitim gu lèir’ – ‘follow and do not forsake / the customs and conduct / of your entire tribe’.

What MacLeod may have been taught in distant, Lowland schools and universities was not meant to supersede his dùthchas and the interests of his people.

Long before the modern teaching profession was created – let alone opened to women – they were counselling future generations of Gaels and nurturing cultural continuity.

Maighread Callan noted that many of the Uist bards, like Dòmhnall Ailein Dhòmhnaill na Bainich, claimed to have inherited their poetic talents from their mother’s side.

The kinship structures which formed the very basis of Gaelic society and identity were dependent on women and their labour.

This is not even mentioning the pivotal role women played in the Crofters’ War. Throughout the 1880s, women sent factors packing, burned eviction notices, and suffered violence and intimidation when fighting back against police and army.

They did all this to defend dùthchas as an inalienable right to land, which the Crofters’ Act was loosely modelled on.

Wherever last century’s historians failed to recognise this, it is time for us to widely acknowledge it today.

What of our proverb, then? Could it be that cha bhi dùthchas aig mnaoi no aig sagart was something said to young women (and men going to seminary)?

Horrified at the idea of leaving their beloved people and place, the proverb informed them that such was their lot. Certainly, by 1850 marriage was not the only reason women left their townships – some left to earn a wage as herring girls or in domestic service, others emigrated overseas.

The evidence suggests that only this one aspect of dùthchas – the ‘birth-tie’ manifested by inheriting patrimony and remaining in one’s native village – was once unavailable to women.

As more families became landless through clearance and subdivision of crofts, many men weren’t guaranteed this inheritance by 1900, either.

If there was ever a time when women, at least proverbially, had no dùthchas, then clearly not all proverbs ring true forever.

Looking around the Gàidhealtachd today, women have taken the lead in passing Gaelic on, whether as mothers, community organisers or teachers.

In the early 2000s, the Dùthchas project explored sustainable development for the Highlands and Islands: seven out of eight project members were women.

The community-owned Galson estate, with many young women on its team, holds an annual culture and heritage festival called Dùthchas.

More daughters are taking on the family crofts than ever before, combating the stigma against women in agriculture.

Are women today carrying the torch of reinvigoration for their language, culture, and community?

If so, how could they not have dùthchas? 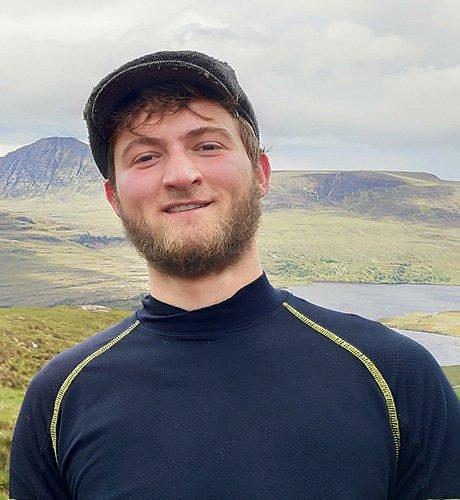 Ryan Dziadowiec is a PhD student at Coventry University based in the Outer Hebrides. His thesis is ‘Dùthchas: Locating and Nourishing the Roots of Scotland’s Land Reform Revolution’.